Von worked primarily as an award winning illustrator, but then began to make a name for himself on the gallery circuit in recent years.  Influenced by nature and popular culture his artwork is both detailed and abstract, being able to flawlessly walk the line between surrealism and documentary portraiture capturing a mood in what appears to be a fleeting moment in time.

His work has been collected by both high profile figures within, and outside of, the art world. Von has been featured in numerous publications across the globe, released sell out screen prints & collector’s box sets.

Von has exhibited in such prestigious venues as Shepard Fairey’s Subliminal Projects gallery, StolenSpace, the London Design Museum and Agnes B among many others. Previous solo shows include NY, LA and London. 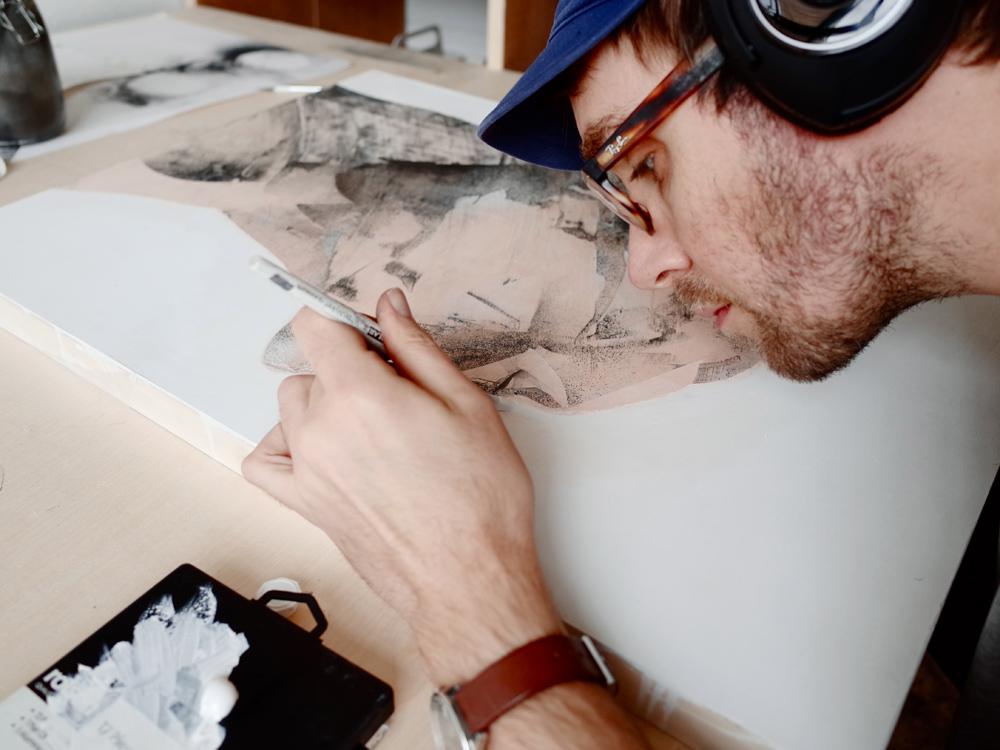 www.shopvon.com
@hellovon
@shopvon
Hello Von Blog
The Soul Laundry News and Updates
Friendly cookies are used to ensure that you have the best experience on The Soul Laundry website. If you continue to use this site I will assume that you are happy with this.♥ CookiesRead more